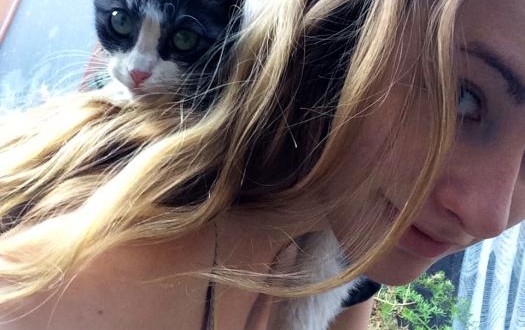 Holly from the United States reflects on her first week in Cochabamba and at Proyecto Horizonte:

“After my first week (plus a few days) in the beautiful and confusing Cochabamba, Bolivia, I have an endless list of questions. I have at least reached one conclusion that Cochabamba is a city of many cities. The magnificent mountains are peppered with modest shacks and the remains of a more traditional lifestyle. Yet closer to the base of the valley, it is impossible to ignore the mansions dispersed throughout the hillside, towering over the rest of the community. This same theme is evidenced in the community of Ushpa-Ushpa where I work at Proyecto Horizonte. Beginning as a community of shacks made from whatever materials could be found, Ushpa is transitioning into a conglomerate of more steady brick buildings with a few out of place mansions spread throughout.
Ushpa itself represents to me the deep-rooted traditional culture that thrives in Cochabamba. Here the women wear traditional clothing, operating day to day the same way they have for generations. For a great many, I’m unsure of the number, Spanish is not their first language, but rather Quechua or Aymara is. It is fascinating to see such a demographic able to coexist so successfully with the more urban and progressive facets of the city. It is in fact a city of about two million I believe. And therefore, it has much of the same characteristics any large city would.

Some first week struggles I’ve had include but are not limited to, remembering my Spanish and being able to converse with others as nearly no one speaks English, overcoming a stomach bug, finding reliable wifi, and crossing the street without risking my life. The Spanish here is very different from the Mexican Spanish I was taught, as I expected but did not know how to prepare for. It is more formal and uses a slightly different set of vocabulary. However, I was happily surprised by how slowly people seem to speak here, just as they are in no hurry unless driving, the words come carefully and with time.
Some things I love and was surprised by in the first week include the fabulous and cheap public transportation, the phenomenally fresh fruit, my conversations over tea with my host family, the generally kind and welcoming disposition of everyone I’ve met, the stray kitten that visits the house from time to time, and other things I know I’m forgetting. To address what I mentioned earlier but did not really explicate, Cochabamba is a city of many cities. The Northern part of the city is extremely wealthy and modernized, the parks are well manicured and the streets clean. Just a little further down the road, it is completely different, street-side vendors crowd the sidewalks making money selling anything they can, buildings look dilapidated, and the parks on this side of town are more akin to patches of dust. The segregation between the classes is very obvious in Cochabamba. Even Ushpa exists in a different realm from the rest of the city. Ushpa was described as rural to me prior to my arrival, in fact, it hosts about 100,000 residents.

My work so far with Proyecto Horizonte has involved working with a group of girls that host community development workshops. I have been helping prepare materials on some of the workshop topics which range from sexual abuse to the importance of recycling. I’ve also been learning about the organization’s work with the Tantakuna women, which is a group of local women who produce artisanal products and with the help of Proyecto, find vendors to sell their products to. I hope to work more with the Tantakuna women, and learn about their women’s empowerment initiative, but first I need to learn all there is about the processes involved, as it can get very complicated at times.

Miscellaneous Observations:
-Red lights don’t mean stop and are hardly even a suggestion.
-There is a large German population here. Many come out of high school with a program that sends young Germans abroad to developing countries to volunteer for 11 months with an organization. So just the other day as I was waiting at the bus stop, I was approached, thanked for my service, and asked if I was German.
-The winter season here only shows itself in the mornings when it is in the fifties. But each day temperatures seem to hover around the same mild climate in the seventies, it’s quite nice. Though most of the population is breaking out their winter coats, I’m enjoying a break from the boiling summer heat that comes far too early back in Tallahassee.
-Parents that can send their children to private schools do, as the public education system isn’t necessarily the best.
-The students of a public university here in the city have been on strike for about a month now. Reasons being outrage over an examination system for the professors to ensure quality among the staff. It seems that much of the university’s faculty is being accused of not taking this competency exam. I don’t have all the details but I hope to learn more about it as it seems to be a major topic in the news each day.” 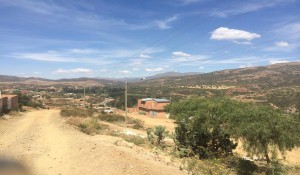 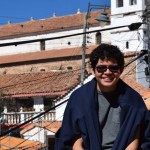 “My Eyes are starting to open” 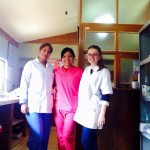 A British volunteer , Michaela, looks back at her 3 months of living in Bolivia and working at Proyecto Horizonte 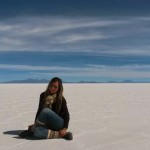 Don’t come back without having seen the salt flats of Uyuni! 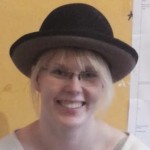 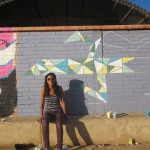